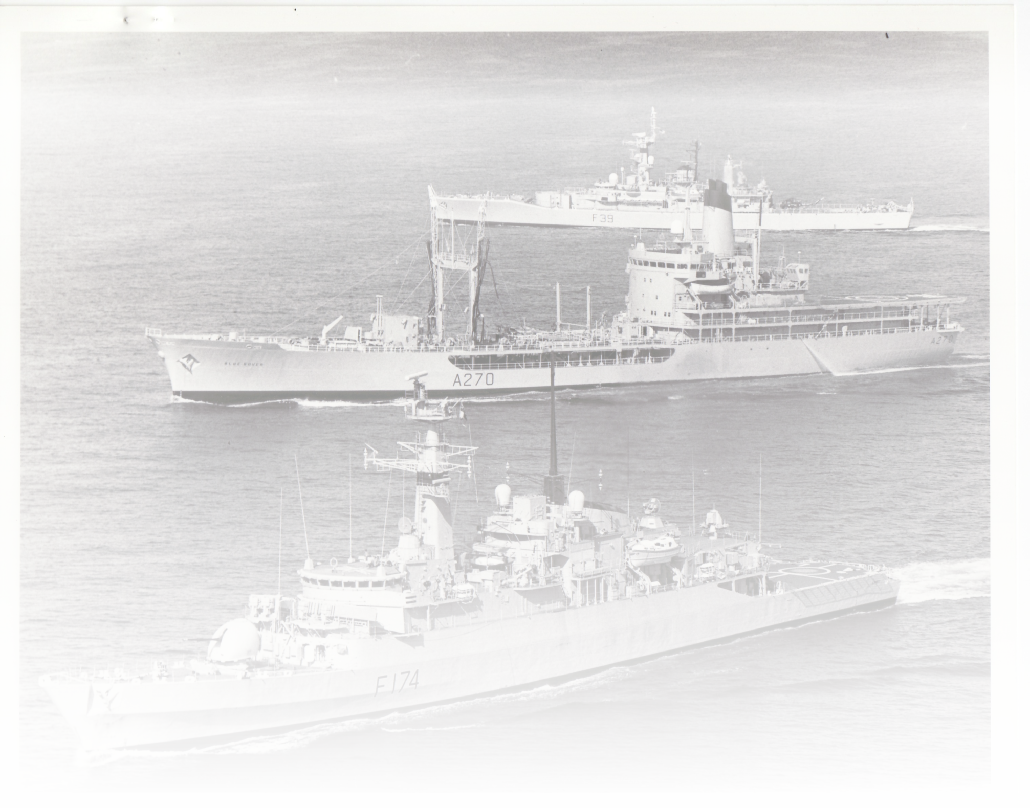 This month’s main background image shows HMS Naiad operating in close company  with HMS Alacrity (foreground) and the fleet tanker RFA Blue Rover (centre). All three ships were detached from a major deployment returning to the UK in order to take  up patrol of the Gulf of Hormuz; to ensure free passage of merchant shipping.  Alacrity and Naiad were relieved by HMS’ Birmingham and Avenger in early December.

Unfortunately the ride had to be postponed from this year due to COVID-19 restrictions but you can still support the team and all donations will go directly to Royal British Legion.

Thanks for visiting us

We invite you to find out more about the four Naiads that have been commissioned for the British Royal Navy since 1797. The ships have had interesting histories ranging from the Battle of Trafalgar, the WWII Malta Convoys and on to the Icelandic Cod War in the 1970's and Gulf Patrol during the Iran/Iraq war.

The memory of the ships and those who served aboard is being kept alive with the formation of the HMS Naiad Association in 2011.  The association is open-to-all and we welcome all contact and information that will help us honour the ships, men, family, friends and loved-ones of those who served aboard throughout the years.  We particularly welcome anyone with experiences of the latest ships that served in World War II and the most recent Leander class frigate.

Enjoy your visit and feel free to  contact us..

2022 will mark the 80th anniversary of the sinking of the World War II cruiser. HMS Naiad had a short 3-year commission, eventually sunk in March 1942 whilst steaming across the Mediterranean bound for Alexandria.  Under constant attack, she was hit by a single torpedo by a U-Boat just north of Egypt.

To read more and see images of her in action, plus a photograph of the survivors visit  c93 dido class cruiser..

In memory of our former shipmate John D’Albert who served aboard HMS Naiad in the 1980’s, the association has adopted The Royal British Legion’s Galanos House & Poppy Lodge as our primary charity.

In October a few of the lads will be cycling 100-miles into the Cardiff reunion from Saundersfoot to raise funds to continue our support of the Royal British Legion and the fantastic work they carry out, caring for former service personnel. If you’d like to find out more visit the JustGiving page.

ITN reporting on Royal Naval movements and conflict between the Icelandic shipping fleet and their supporting gunboats; and British trawlermen.

A popular BBC TV drama series produced between 1973 and 1977.  The series dealt with life on board a the fictional HMS Hero. It was mainly filmed aboard HMS Phoebe.

Due to COVID-19 restrictions the 2020 event was postponed to this October. The event will now be held at the Park Inn hotel  in central Cardiff on the weekend of 8-9th October.

As usual, those attending will gather in the bar on Friday afternoon, with the AGM and gala dinner held in the hotel on Saturday.

Fully Inclusive prices for the weekend are as follows:*

> Double/Twin Room, Bed & Breakfast, Gala Dinner £125 pp
*Costs may be updated nearer the event but these figures can be used as a guide.

Visit our Reunion page or contact the association for more details.

Visit the reunion page to view all the details 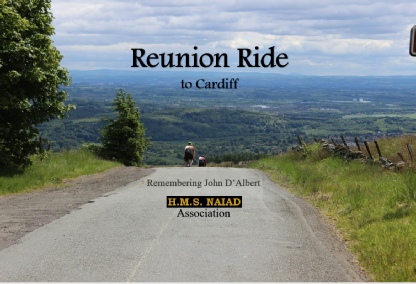 If you’d like to contact us, we are on some of the most popular social media platforms and hope to expand our presence in the coming months.  Please feel free to get in touch with us either by Facebook or Linkedin. Our gallery is viewable by visiting JAlbum.

Alternatively, write to us by e-mail at:
getintouch@hmsnaiad.co.uk

The Association are often asked about service records of former crew members, but it’s important to note that we are a voluntary group and, as such, don't hold any official crew lists for any of the Naiad commissions. The National Museum of the Royal Navy holds a limited number of service records but most records are held by the UK’s Ministry of Defence or the National Archives. If you are looking for official information or records on former crew members it’s best to check the following resources:

National Museum of the Royal Navy: