A Prayer for those who have “Crossed the Bar”

Before whom we stand united as shipmates,
~

Old shipmates never die, they just accept their sailing orders,
they cannot refuse
~
When the charts are handed out and the course is set,
we know where we are going
~

May God our loving father who rules the wind and the waves,
grant them a fair wind, and fine weather
and bring them safe into the house of everlasting peace

Former MEM Jim Longcake’s son, Matt, has informed the association that his father crossed the bar on 4th August 2012 after a 3-year battle with cancer.

His funeral was held the same month in Plymouth. Along with many of the current association membership, Jim served aboard Naiad between 1979-1981 and was a crew member for the Far East trip in 1980.

Jim is mourned by all ex-crew members and will be sadly missed by his family and friends.

Stanley survived Naiad’s sinking in 1942, when he was just 19 years-old. He remained very fit throughout his life and only suffered and fought serious illness in recent years.

Stanley will be greatly missed by his family and friends and mourned by all former Naiad crew. members.

Don served aboard HMS Naiad during the mid-sixties. He was also drafted to HMS Phoebe during the Six-Day-War, but retained a fondness for the Naiad and her crew. He held great respect for Sir Peter Anson, who was the skipper during his time aboard, and commented that he was "the best skipper he ever served under".

On leaving the Royal Navy Don relocated to Wales and eventually became an active member of the RNA Cardigan and District branch.

Don is sorely missed by his family and friends, and remembered by all who served with him.

Former Chief Communications Yeoman, Fred Fox crossed the bar on 25th June 2009, shortly before he was due to attend a naval reunion in Gibraltar.

Originally from Grimsby, he was widely known as “Freddie” and not only served aboard HMS Naiad during late 70’s and early 80’s, but was also based in Singapore, Gibraltar and aboard HMS Penelope.

He is remembered as an avid fan of his home town football team Grimsby Town, and recalled fondly by ex-shipmates for his integrity, sense of humour and motivational powers.

Fred will be sadly missed by his family and friends, and is remembered by all who served alongside him.

Reginald Amos, husband of Betty, and ex-Leading Steward aboard HMS Naiad during WWII, passed away in 2006 aged 85-years.

Affectionately known as Reg, he joined the Royal Navy in 1939 and survived the sinking of the Naiad in March 1942. During the sinking Reg was in the wardroom serving drinks at the bar and recalled the “dead quiet” just after the ship had been hit. He scrambled to the upper deck and threw himself into the water below, eventually being rescued from the cold sea over 2-hours later.

Born in Lincolnshire, Reg joined-up when he was only 19, and went on to serve aboard HMS Valiant before leaving the Navy in 1952 after 13 years of service.  He returned home to Norfolk and, in later years, wrote down his memories of the War and his time aboard Naiad.

Reg is remembered fondly and proudly by his family; friends and loved ones. All shipmates salute him.

Ronald served aboard HMS Naiad during the WWII campaigns in the Arctic, the Battle of Crete and The Malta Convoys. He was onboard when the ship was attacked and sunk in the Mediterranean in 1942 and spent valuable time before the ship went down, ensuring the backup electrical dynamos provided enough power for emergency lighting to enable his shipmates to escape the vessel.  He was rescued from the sea by HMS Jervis and can be seen in the photograph on our Dido page, front-row far-right wearing nothing but a long grey coat and a cigarette in his hand.

His family and friends are extremely proud of him and are saddened to have lost such a lovely man. All ex-crew members of all Naiads join them in mourning his passing.  Ronald is survived by his wife, two children, six grandchildren and four great-grandchildren.

Affectionately known as "Whisky" Walker, Allan served aboard Naiad from 1979 to 1981 and is remembered by many crew members of the 1980 Far East deployment. Former shipmates remember him fondly and recall him famously cutting the ship's officer's hats in half during his time aboard.

Allan was originally from Middlesborough and often spoke about the Far East trip and how his time in the Navy was one of the happiest periods of his life.

Allan is sorely missed by his family and friends, and remembered by all who served alongside him.

The crew of HMS Naiad C93

Eternal Father, strong to save,
Whose arm hath bound the restless wave,
Who bidd'st the mighty ocean deep
Its own appointed limits keep;
Oh, hear us when we cry to Thee,
For those in peril on the sea! 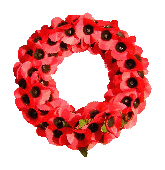 Bertie Brown, born in Norwich on 2nd July 1920, was a Royal Marine who served as a Fuse Setter in the X turret of HMS Naiad.

He was onboard when she was struck by a torpedo in 1942 in the Mediterranean and spent more than two hours in the sea clinging to a cargo net, and holding up, and onto, a man for most of that time.  Sadly he was unable to save him due to sheer exhaustion as they both waited to be rescued.

Bertie passed away on the 4th March 2018, aged 97, and will be missed by family and friends, and all who knew him.