John was the youngest resident during the time he spent there. At 56 years of age, he had a particularly aggressive form of dementia which affected the fronto-temporal lobes, namely Picks Disease.  He joined the Royal Navy at 17 years of age and served as a helicopter rescue medic for over 15 years.

His world was increasingly shrinking. He paced constantly and could not remember the words to have a conversation. He talked but only in short statements usually centred around “One of those days,” his stock phrase which was how he communicated. His older sister Marie knew John’s time was limited and had accepted that Poppy Lodge was where her brother would end his days.

To maintain his well-being, his “best mate” and carer Craig ensured that John was kept as active as possible and took him out for regular walks and swimming sessions, as well as enjoying a pint together at the local pub. As communication dwindled, Craig tried to keep the memories of John’s naval past alive and invited the Royal Naval Association Choir, Leamington Spa to perform at the centre especially for John.

Members of HMS Naiad Association also visited John and chatted to him about his life in the Navy, especially his time on-board the ship during it’s deployment to the Far East in 1980.

HMS Naiad Association raise funds for the Royal British Legion in John’s memory, and in particular for Galanos House’s Poppy Lodge.  If you’d like to support the RBL please visit our JustGiving page which, this year is asking for donations to the Reunion Ride to Cardiff. 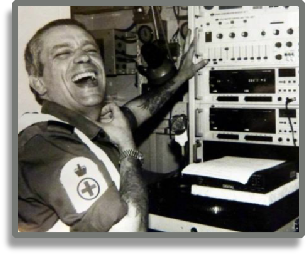 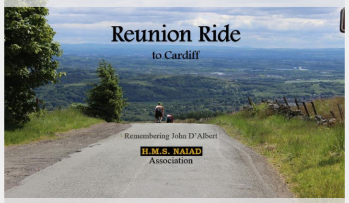